Electron-phonon scattering at surfaces and in ultrathin superconducting films: the effect of spin-orbit coupling

Electron-phonon (e-ph) interaction stands out as one of the fundamental many-body processes which play an important role in many phenomena, from electrical conductivity to electronic heat capacity and BCS-type superconductivity. To obtain a deeper insight into the e-ph interaction, it is necessary to study both the electron momentum averaged coupling strength and the electron-lattice dynamics for specific electronic states such as surface states or quantum-well states in ultrathin overlayers where the electronic density of states exhibits strong confinement effects. The electron scattering induced by lattice vibrations at clean bismuth and lead (111) surfaces as well as in quantum-well states of ultrathin superconducting lead films is presented to clarify (i) the role of spin-orbit coupling (SOC) in the e-ph interaction including the case of strong spin-orbit split surface electronic states of bismuth; and (ii) the lattice dynamics in layed Bi-based compounds.

The bismuth (111) surface shows unique properties in relation to the electron spin. Bismuth is a semi-metal but the lack of symmetry in the surface area, leads to a fully 2D metallic surface electron gas, which is almost completely spin polarized due to the spin-orbit interaction. Bi surfaces therefore provide the opportunity to study the e-ph interaction for a nearly 2D electronic system with strong spin-orbit splitting. The e-ph coupling in ultrathin lead films shows that the mass enhancement parameter is strongly underestimated in scalar relativistic calculations regardless of the film thickness. Both a sizable SOC-induced softening of the film phonon spectra and the SOC-mediated increase in the electron-phonon coupling matrix elements account for a large enhancement of the electron-phonon coupling strength. 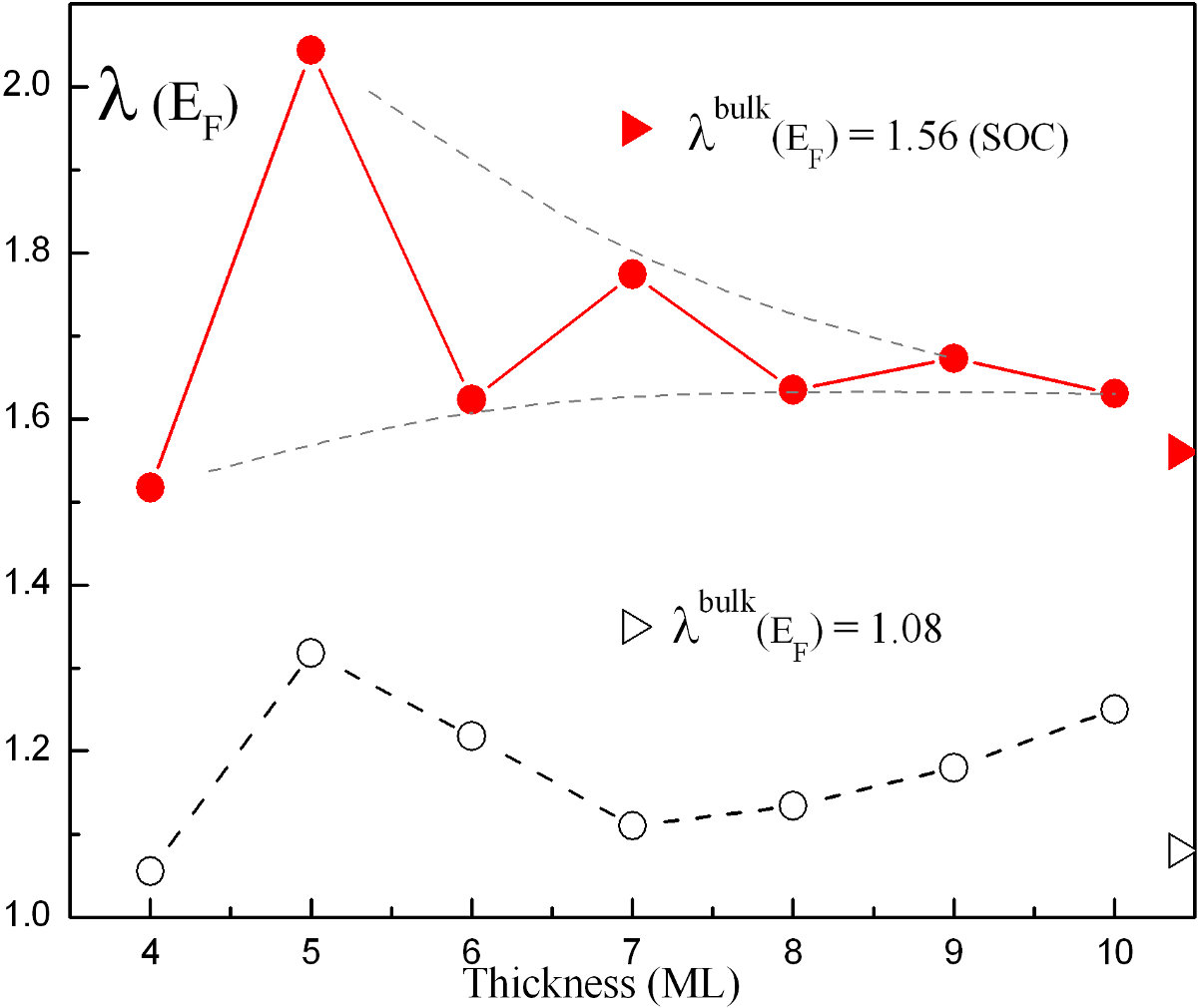 Figure 1: Mass enhancement parameter at the Fermi level of lead films as a function of film thickness.